Imagine wasting your life being an expert on “Islamophobia,” a propaganda term coined to intimidate people into thinking it wrong to oppose jihad terror. In earlier ages, Todd Green would be penning tomes about how opposing the Nazis makes you a bigot who hates all Germans. He and other “Islamophobia” “experts” who make their living slandering and defaming those who oppose jihad terror, which will only have the effect of enabling more jihad terror. How they can live with themselves, as the body count steadily rises, is beyond me.

In any case, the Left-fascists who run the University of Gettysburg are in an uproar over my scheduled appearance there tonight (“appearance,” not lecture, as if the Left-fascists use the same tactic they employed at the University of Buffalo Monday, I won’t be able to get more than a few words in), and so on Sunday evening they brought Green in to warn the students not to listen to me and to tell the university that they should cancel my appearance.

Todd Green is supposed to be an academic, and the University of Gettysburg is supposed to be a university. They are both therefore ostensibly dedicated to intellectual inquiry and to the acceptance or rejection of ideas on their merits, not to the forcible suppression of ideas they hate without any actual evaluation of them, much less the active defamation of those who stand for those ideas. I have invited Green to debate in the past; he has ignored my invitations. And as you read my responses below, you will see why: it is highly likely that he knows that if he debated me, his fabrications would be destroyed as easily as sweeping away spider webs with a broom. More below.

“Todd Green accuses Robert Spencer of ‘professional Islamophobia’ in speech to campus community,” by Joshua Wagner, The Gettysburgian, May 1, 2017:

Dr. Todd Green, Associate Professor of Religion at Luther College, presented on professional Islamophobia Sunday evening to a packed Mara Auditorium. Green is a regular contributor for The Huffington Post and has appeared in various media outlets including NPR, CNN, Al Jazeera, France 24, and Reuters to speak on Islamophobia.

The lecture, sponsored by the Religious Studies Department and the Peace and Justice Studies program, was arranged to develop the idea of Professional Islamophobia before the presentation on “The Political Ramifications of Islamic Fundamentalism” by Robert Spencer on Wednesday.

Green went on to define Islamophobia as “the irrational fear hostility and hatred of Muslims and of Islam. It is also the exclusionary and discriminatory practices that arise from that fear and hatred.” 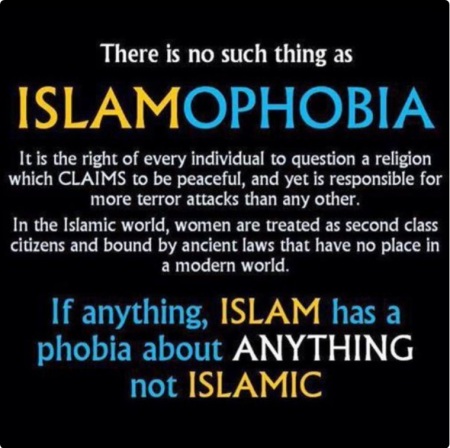 The intellectual thuggery of the “Islamophobia” fearmongers is their conflation of “irrational fear hostility and hatred of Muslims and of Islam” with legitimate analysis of the motivating ideology of jihad terrorists and Sharia supremacists, and a determination to limit their activity as much as possible. By using the same word — “Islamophobia” — both for louts and idiots harassing hijabis and for those who note the roots of jihad violence in the Qur’an and Sunnah, Green and his ilk mean to shut down any such study of jihadi motives and goals. This both allows the jihadis to advance unopposed, and destroys the reputations of the targeted analysts. Quite the resume item, Professor Green.

Green defined professional Islamophobia as “a cadre of extremist bloggers, authors, some politicians, [and] pundits, who make a living and a career off of dehumanizing and demonizing Muslims.”

“Extremist” is an empty word, signaling to the gullible that “this is a person you should fear and avoid.” Is opposing jihad terror now “dehumanizing and demonizing Muslims”? In Green’s world, yes, as while they pay lip service to the idea that there is legitimate criticism of Islam and jihad that is not “Islamophobic,” they’ve never come up with any names of those who engage in such criticism, and defame every foe of jihad terror in the same way. If anyone is guilty of dehumanizing and demonizing anyone, it is Green here, doing it to Geller, Gaffney and me.

He highlighted three full-time practitioners of professional Islamophobia: Pamela Geller, Robert Spencer, and Frank Gaffney. Geller and Spencer, co-founders of the American Freedom Defense Initiative and noted for their “Defeat Jihad” poster campaign, were both banned from the United Kingdom by then Home Secretary Theresa May in 2013. Green noted that Theresa May, now Prime Minister and leader of the Conservative party, is not a “flaming liberal.” 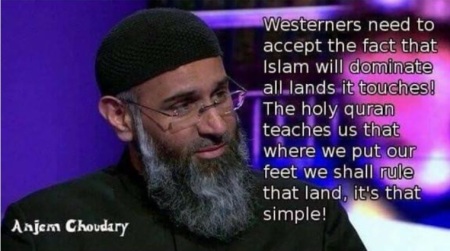 Theresa May is what she is, but the fact is that she banned us not for anything we did, but because she was afraid that Muslims might riot if we were there, not because we would incite any violence. The letter to me from the UK Home Office said that I was banned not for any illegal activity or for calling for violence or anything of that kind, but simply for saying: “[Islam] is a religion and is a belief system that mandates warfare against unbelievers…” This is a manifestly true statement: it’s as if I was banned for saying water is wet. Meanwhile, May’s government has allowed in numerous preachers of jihad violence and hatred. Thus clearly her banning of Pamela Geller and me from entering the country was about appeasement first and last.

The first theme was a violent Jihad. Green referenced a quote from Wednesday’s speaker, Robert Spencer: “Traditional Islam itself is not moderate or peaceful.” In a rebuke, Green cited statistics from the FBI, Triangle Center and West Point which showed that 94 percent of terrorist attacks carried out on U.S. soil were committed by non-Muslims, and that other other, specifically political, demographics were more likely to perpetrate violence in the U.S.

Green pretends to be an academic and indulges in sloppy thinking of this kind? Incredible. Whether or not “traditional Islam itself is not moderate or peaceful” can only be established by examining the foundations of traditional Islam: the Qur’an, the teachings of Muhammad, and the rulings of the traditional schools of Islamic jurisprudence, not by citing FBI statistics. Moreover, the FBI statistics in question were extraordinarily misleading, as they counted each “terrorist attack” as one, no matter what its scope: thus 9/11, with nearly 3,000 people murdered, counted as one terrorist attack, and PETA throwing red ink on a lady wearing fur counted as one terrorist attack, as if the two were equivalent. 94%? Sure. A classic example of how statistics can be used to mislead. 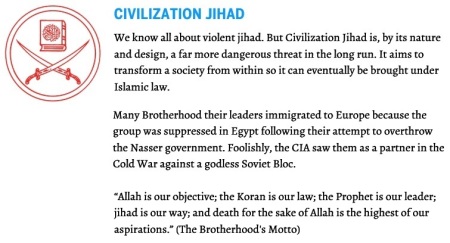 The second theme was that of civilizational Jihad. This is the idea that Islam is silently entrenching itself throughout the government. Frank Gaffney, who served in the Reagan administration and since has begun his own think tank, is known for his conspiracies in which a Muslim Brotherhood is infiltrating the highest echelons of the government.

The Muslim Brotherhood is dedicated in its own words, according to a captured internal document, to “a kind of grand Jihad in eliminating and destroying the Western civilization from within and ‘sabotaging’ its miserable house by their hands and the hands of the believers so that it is eliminated and God’s religion is made victorious over all other religions.” That’s from “An Explanatory Memorandum on the General Strategic Goal for the Brotherhood in North America,” by Mohamed Akram, May 19, 1991. Did Frank Gaffney write that? No, he did not. 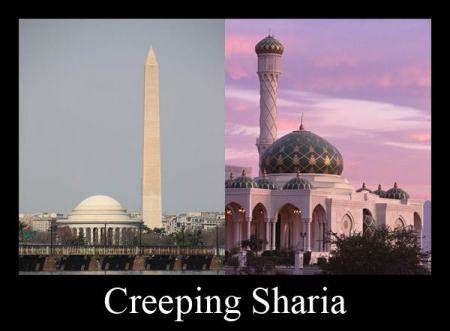 The third theme involved creeping Sharia. Green shared a quote from Secretary Ben Carson to demonstrate this theme: “I would have problems with somebody who embraced all the doctrines associated with Islam. If they are not willing to reject sharia and all the portions of it that are talked about in the Quran – if they are not willing to reject that, and subject that to American values and the Constitution, then of course, I would [not support a Muslim as president].”

Sharia, as can readily be demonstrated from Islamic legal manuals and from the clear record of Sharia states such as Saudi Arabia and Iran, institutionalizes discrimination against women and non-Muslims, extinguishes the freedom of speech and the freedom of conscience, and normalizes Jew-hatred. Is all this compatible with Constitutional principles? The U.S. and all Western countries are eventually going to have to choose: are they going to allow the oppression of women and throw away the freedom of speech (they’re already doing that with both hands) in order to accommodate Muslims, or is there any point at which they will stand up for their foundational principles?

The last theme involved Taqiyya, which is an Arabic term which allows Muslims to hide their religion when under threat of persecution. Green argued that this somewhat obscure facet of Islam has been presented as a central part of the religion allowing people like Spencer to label Muslims as untrustworthy. He likened this characterization to how anti-Semitic people have maligned Jews as shifty. Green pointed out that this mischaracterization of Taqiyya allows for the delegitimation of Muslims’ narrative.

Green is lying, as I have never labeled Muslims in the aggregate as untrustworthy. But does Green mean to suggest that Muhammad didn’t say “war is deceit” and that the Qur’an (at 3:28) doesn’t allow for deception of unbelievers? In that 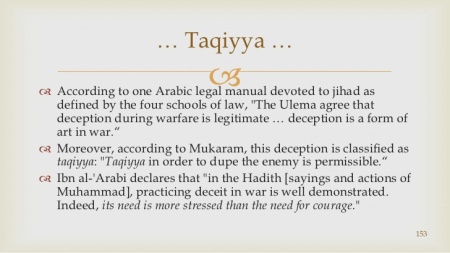 verse, Allah warns believers not to take unbelievers as “friends or helpers” (َأَوْلِيَا — a word that means more than casual friendship, but something more like an alliance), “except when taking precaution against them in prudence” (v. 28). This is a foundation of the idea that believers may legitimately deceive unbelievers when under pressure. The word used for “guard” in the Arabic is tuqātan (تُقَاةً), the verbal noun from taqiyyatan — hence the increasingly familiar term taqiyya. The great Qur’an commentator Ibn Kathir says that the phrase “except when taking precaution against them in prudence” means that “believers who in some areas or times fear for their safety from the disbelievers” may “show friendship to the disbelievers outwardly, but never inwardly. For instance, Al-Bukhari recorded that Abu Ad-Darda’ said, ‘We smile in the face of some people although our hearts curse them.’ Al-Bukhari said that Al-Hasan said, ‘The Tuqyah [taqiyya] is allowed until the Day of Resurrection.’”…

When you're scared of jumping, you'll never get anywhere... I'm a Kafir, a crusader against the most evil ideology islam. I have in depth knowledge and that's the reason I resist and reject islam, I will bash and smash it, in every possible way at every possible moment to every possible person. I gather and therefore expose all news on islam or islam-related news on the 2017 initiated site ZEEPERTJE.COM Please join and feel free to react. Fight islam for it's the evil of our time, evil trying to dominate and kill democracy, kill all freedom of speech and freedom of religion... Islam means annihilation of all that is non-islamic, AND the proces of islamization is, together with the promotion of the leftist "progressive" behaviour (like transgender /multiculti /mass-migration /interrace-marriage promotion and therefore destruction of Western (family) values) the blower on the machine called Zionism. The total submission/destruction of the Goyim/Kafir so Human Kind! Just always remember this! Alle berichten van Zeepertje weergeven 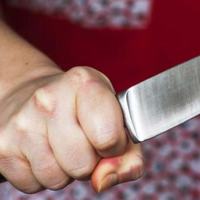 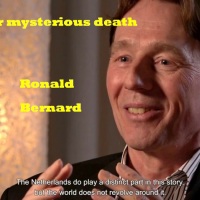 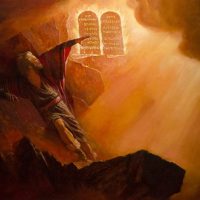 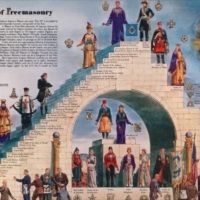 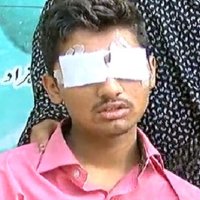 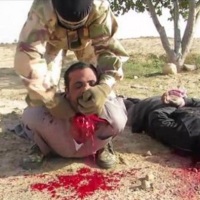 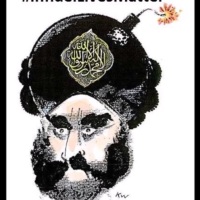 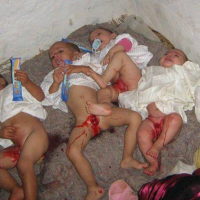 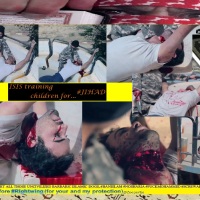 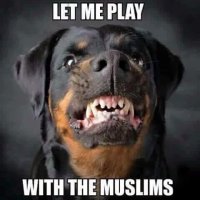